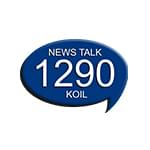 Guy Benson is the Political Editor of Townhall.com and a Fox News Contributor. He co-authored End of Discussion in 2015, an updated edition of which was published by Random House in 2017. On August 10, 2020 Benson will debut his new nationally syndicated radio show on News Talk 1290 KOIL.. Benson will focus on the latest headlines emanating from the nation’s capital. Benson has been a familiar voice on the nationally syndicated Hugh Hewitt radio show —, which he would regularly guest, hosts — and contributes to NPR’s All Things Considered.