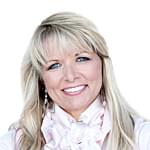 (ROCK HILL, S.C.) — Five people are dead, including two children, following a shooting at a home in Rock Hill, South Carolina, on Wednesday afternoon, according to the York County Sheriff’s Office.

The victims were identified as: Dr. Robert Lesslie, 70; his wife, Barbara Lesslie, 69; their grandchildren, 9-year-old Adah Lesslie and 5-year-old Noah Lesslie; and James Lewis, 39, who was working at the home at the time he was shot, authorities said.

Robert Lesslie was a well-known doctor in Rock Hill, ABC Charlotte affiliate WSOC reported. He spent many years working in emergency rooms in the Charlotte area, according to his website biography.

Robert Lesslie and his wife had four children and five grandchildren, his website biography said.

The Lesslie family said in a statement, “We are truly in the midst of the unimaginable. The losses we are suffering cannot be uttered at this time.”

The family said, “If you would like to do something for the family, Adah and Noah would want you to stock the free pantries and libraries in your community. Barbara and Robert would want you to be good stewards of what you are given, leaving every place better than it was before you got there.”

All the deaths are being investigated as homicides, according to the York County Coroner’s Office.

The suspect was found at a nearby home, the York County Sheriff’s Office said.

The York County Coroner’s Office said 32-year-old Phillip Adams was found dead at a nearby home on the same road as the Lesslies, following a standoff, though authorities have not said if Adams was the suspect in the slayings.

“There is no active threat to the community,” the sheriff’s office said.

Rock Hill is about 26 miles south of Charlotte, North Carolina.