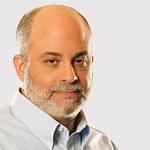 (NEW YORK) — A pandemic of the novel coronavirus has now killed more than 732,000 people worldwide.

Since the first cases were detected in China in December, the United States has become the worst-affected country, with more than 5 million diagnosed cases and at least 163,370 deaths.

There are now more than 20 million confirmed COVID-19 cases worldwide, according to Johns Hopkins University.

The total number of global confirmed cases is currently 20,001,019. There have been 733,897 deaths reported globally.

The number of confirmed COVID-19 cases around the world passed the benchmark of 15 million nearly three weeks ago, on July 22.

There were nearly 180,000 new COVID-19 cases in children over the last month, according to a weekly report from the American Academy of Pediatrics and the Children’s Hospital Association.

The latest report found that between July 9 and Aug. 6, there were 179,990 new child cases, an increase of 90% over the previous month.

The number of hospitalizations and ICU patients in hard-hit California have been trending down for weeks, Gov. Gavin Newsom said.

Hospitalizations fell by 19.6% and ICU admissions fell by 15.4% in the last two weeks, according to the California Department of Public Health.

California has more coronavirus cases than any other state in the U.S., with over 561,900 people diagnosed.

At least 10,359 people in California have died, according to state data.

It’s “very likely” that COVID-19 testing will be part of Royal Caribbean’s new safety plan when operations resume, cruise line executives said during a second quarter earnings call. No final decision has been made, they added.

The executives said they’ve been “humbled and surprised” by the amount of bookings made for 2021, calling the demand “remarkable.”

“The tone of our bookings, especially as we get into the second half of 2021 has been encouraging,” CEO Richard Fain said. “Our guests want to come back. Families want and need to vacation.”

The CDC’s no-sail order is set to expire at the end of September, but it may be extended. Major cruise lines have voluntarily suspended operations in the U.S. until the end of October.

“We will not rush to return to service until we are confident that we have figured out the changes that we must make,” Fain said.

Royal Caribbean expects to submit a return-to-sailing plan to the CDC by the end of the month.

Wolf said Thursday, “We ought to do everything we can to defeat that virus … the guidance from us, recommendation, is that we don’t do any sports until January first.”

The Philadelphia Public League said, according to WPVI, “If guidelines released by the Governor’s office change, or are updated in a way that would allow programming to resume, we reserve the right to revisit our decision and provide further guidance on a safe return to play.”

“What it has clearly demonstrated is: you take the pressure off the virus, the virus bounces back,” Ryan warned.

Many countries in Europe — like France, Germany, Spain and Italy — had major outbreaks but when they took action they were able to suppress it, WHO Director-General Dr. Tedros Adhanom Ghebreyesus said.

States are added to the list if their seven-day moving average of daily cases is 10 or more per 100,000 people.

Traveling to and from D.C.’s neighboring states, Maryland and Virginia, will not apply to the list.

In hard-hit Florida, 20.79% of the state’s ICU beds were available as of Monday morning, the state’s Agency for Healthcare Administration reported.

Thirty-eight hospitals had no available ICU beds Monday while 22 hospitals in the state had just one available bed, the agency said.

These numbers are expected to fluctuate throughout the day as hospitals and medical centers provide updates.

Florida has the second-highest number of coronavirus cases in the U.S. behind California.

Florida has over 536,900 diagnosed cases and at least 8,406 fatalities, according to the state’s Department of Health

The Transportation Security Administration screened 831,789 people on Sunday, marking the first time over 800,000 people traveled in one day since March 17.

This is still down about 70% compared to the same day last year when the TSA screened 2,647,897 travelers.

Major U.S. airlines don’t expect recovery to be linear as infection rates and state quarantine rules change over time in different parts of the country.

Coronavirus cases are rising in Lebanon after the explosion in Beirut last week that killed at least 160 people.

Lebanon now has a total of 6,517 diagnosed cases and at least 76 COVID-19 fatalities.

Clorox says demand for its wipes is up 500% during the pandemic.

Since January, Clorox has made 100 million more disinfecting products than before — a 50% increase, Rendle said.

“It’s not right that kids should spend more time out of school,” Johnson told reporters while visiting a school in East London. “It’s much, much better for their health and mental wellbeing, obviously their educational prospects, if everybody comes back to school full-time in September.”

“It’s our moral duty as a country to make sure that happens,” he added.

Johnson said he’s been “impressed” by the work administrators and teachers have done to make sure schools are safe.

Last month, the U.K. government outlined a plan for the “mandatory” return to classrooms across England in September, with students being restricted to “class or year sized bubbles” and teachers being told to “address gaps in knowledge.”

Schools across the United Kingdom shuttered in mid-March at the start of the pandemic. Some pupils returned to classrooms in England in June.

Meanwhile, Scotland is set to fully reopen its schools on Tuesday.

“On a visit to the hospital for a separate procedure, I have tested positive for Covid-19 today,” Mukherjee, who served as president of India from 2012 to 2017, announced via Twitter on Monday. “I request the people who came in contact with me in the last week, to please self isolate and get tested for Covid-19.”

With more than 2.2 million diagnosed cases of COVID-19, India has the third-highest tally in the world, behind the United States and Brazil.

A coronavirus testing site will open soon near the U.S.-Mexico border in Southern California’s San Diego County, according to a report by San Diego ABC affiliate KGTV.

The appointment-free, walk-up testing site will be located at the San Ysidro Port of Entry’s PedWest crossing, one of the world’s busiest pedestrian international border crossings. The site, among more than two dozen others across San Diego County, will be the closest one to the border with Mexico so far for the region.

The United States and Mexico are two of the worst-affected nations in the coronavirus pandemic.

The Hispanic community makes up just 34% of San Diego’s population and yet, as of Sunday, they accounted for 62% of the city’s COVID-19 cases, according to KGTV. That figure will likely rise after the new testing site opens up within the next couple weeks, since the area is dominated by Spanish speakers.

However, Chicano Federation Chief Strategy Officer Roberto Alcantar said many in the Latino community are still afraid of getting tested.

“Our community is nervous about losing their jobs, not being able to go to work, the real economic impact that comes from being positive and feeling that that might hinder them in a way,” Alcantar told KGTV.

An additional 19 coronavirus-related deaths were recorded in the Australian state of Victoria on Sunday — the highest single-day increase in fatalities that the country has seen since the start of the pandemic.

“This news is devastating no matter what age COVID affects people, and we just want to reaffirm again our support through every channel we can provide it,” Australian Prime Minister Scott Morrison told reporters in Canberra on Monday.

Victoria’s Department of Health and Human Services also reported 322 new cases of COVID-19 — the lowest daily count recorded in the state since July 29.

“We are seeing some stability. That’s a good thing. But that’s not enough,” Victoria’s state Premier Daniel Andrews told reporters in Melbourne. “And that’s the product of masks and Stage 3. That’s what the experts tell us. The next stage, though, is all about these restrictions that we’ve had to painfully impose.”

Andrews declared a state of disaster in Victoria on Aug. 2, giving authorities additional powers to ensure people are complying with public health directions. Victoria is home to Australia’s second-largest city, Melbourne, which has become a hotspot in the country’s novel coronavirus outbreak.

In total, Australia has reported more than 21,000 diagnosed cases of COVID-19 with at least 313 deaths.

There were 46,395 new cases of COVID-19 identified in the United States on Sunday, bringing the nationwide total soaring past five million, according to a count kept by Johns Hopkins University.

It’s the first time in six days that the nation has recorded under 50,000 new cases. An additional 516 coronavirus-related deaths were also reported.

A total of 5,044,864 people in the U.S. have been diagnosed with COVID-19 since the pandemic began, and at least 162,938 of them have died, according to Johns Hopkins. The cases include people from all 50 U.S. states, Washington, D.C., and other U.S. territories as well as repatriated citizens.

Many states have seen a rise in infections in recent weeks, with some — including Arizona, California and Florida — reporting daily records. However, new data published last week in an internal memo from the Federal Emergency Management Agency suggests that the national surge in cases could be leveling off.