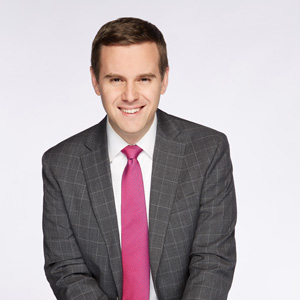 (NEW YORK) — A pandemic of the novel coronavirus has now killed more than 737,000 people worldwide.

Since the first cases were detected in China in December, the United States has become the worst-affected country, with more than 5 million diagnosed cases and at least 163,533 deaths.

Hard-hit Florida reached a new record daily death toll with 276 additional fatalities reported on Monday, according to the state’s Department of Health.

The previous high record was 257 deaths reported on July 31.

Florida, with more than 542,000 diagnosed coronavirus cases, has the second highest number of cases in the U.S. behind California.

At least 8,684 people in Florida have died, according to the state’s Department of Health.

Alaska, New Mexico, Ohio and Rhode Island have been removed from the list.

Those traveling to New York from states on the list must quarantine for two weeks when arriving.

In New York state, once the U.S. epicenter of the pandemic, .86% of those tested on Monday were positive, Cuomo said.

“The continuing challenges surrounding the COVID-19 pandemic posed too great of a risk,” he said in a statement.

Football players started returning to campus in June. In the last seven weeks, there has been one positive coronavirus test among the more than 600 tests administered to the team, the school said.

Azar made the comments during an interview Tuesday on ABC’s Good Morning America, following news that Russia had become the first country in the world to officially register a COVID-19 vaccine and declare it ready for use. Moscow approved the vaccine before completing its final Phase III trial, and no scientific data has been released from the early trials so far.

“The point is not to be first with a vaccine; the point is to have a vaccine that is safe and effective for the American people and the people of the world,” Azar said on GMA.

The U.S.-led Operation Warp Speed initiative, which the Trump administration introduced in early April, currently has six vaccines in development, including two that are in Phase III trials — the final stage before a vaccine candidate could potentially be authorized for use by the Food and Drug Administration. Azar said he believes the United States “could have FDA-authorized or approved vaccines by December.”

“We believe that we are on track towards having tens of millions of doses by December of FDA gold-standard vaccine, and hundreds of millions of doses as we go into the new year,” Azar said. “It will really depend on the speed at which the clinical trials enroll and people are vaccinated and then are exposed to the virus.”

New Zealand Prime Minister Jacinda Ardern announced Tuesday that the city of Auckland would temporarily return to lockdown, after four new locally-transmitted cases of COVID-19 were identified in a household in the region.

New Zealand had gone 102 days without recording any locally-transmitted cases — until now.

Auckland will be placed under level three restrictions for three days, starting Wednesday afternoon. The rest of the country will go into level two until midnight on Friday.

Residents of Auckland will be asked to stay home where possible, while restaurants, bars and non-essential shops will shutter. Schools across the city will also be closed for those three days and gatherings of over 10 people will be prohibited.

“We’re asking people in Auckland to stay home to stop the spread,” Ardern said at a press conference Tuesday. “Act as if you have COVID, and as though people around you have COVID.”