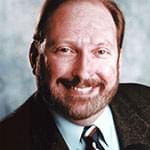 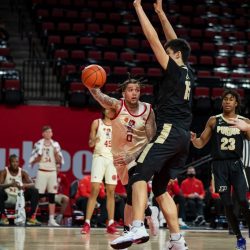 For the first time since returning from a program COVID pause, Nebraska (5-15, 1-12 Big Ten) was completely out of the game in the closing minutes.

The Husker starters scored just 21 points in the loss, led by Trey McGowens with nine points. The bench, however, scored its highest total in Big Ten play with 37.

A big reason for the bench’s production was Thor Thorbjarson playing his best game as a Husker. The Iceland native scored nine points on a trio of 3s, adding in four rebounds, four assists, and a pair of blocked shots.

“I had a good meeting with him yesterday and just told him to keep his confidence and keep looking for opportunities,” Hoiberg said. “It was great to see him being aggressive out there. You just see the movement when Thor is on the floor.”

Shamiel Stevenson came off the bench to lead the team in scoring with 10 points while grabbing a team-high six rebounds.

The Huskers shot just 34.9 percent for the game, including 9-of-28 from 3. Struggles continued at the free throw line, as the team made just five out of 14 attempts.

Postgame Notes from Nebraska Communications
*-Nebraska got 37 points from its bench, its highest total in Big Ten play (previous high 26 at Minnesota) and its second-highest total against a Division I opponent this year (39 vs. McNeese State in the opener).
*-Thorir Thorbjararson finished with a season-high nine points including a season-best three 3-pointers. He had eight points four other times, most recently against Illinoi on Feb. 12. He also tied his career high with two blocked shots set two other times.
*- Shamiel Stevenson recorded his fourth double-figure scoring performance of the season with 10 points, his first double-figure effort since Feb. 8.
*-Nebraska hit nine 3-pointers against Purdue and have now hit 20 3-pointers in the last two games.
*-Nebraska had 14 assists and 11 turnovers, the third straight game with 11 or fewer turnovers.