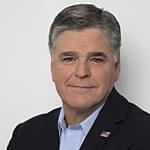 On Sunday, the Huskers held a scrimmage and one side clearly came out on top. According to defensive coordinator Erik Chinandner, the defense struggled to keep pace with the offense.

“The offense came out with a really good tempo,” Chinander told reporters at the Hawks Championship Center after NU’s Tuesday practice. “Us being able to adjust to the tempo is going to be kind of the tale of the story here.”

Chinander added that the Blackshirts had too many “busts, assignment errors and communication errors” during the scrimmage. However, Chinander also said he believes that a slice of humble pie wouldn’t be the worst thing for his unit. “I think it was good for us to realize that we’re not quite at the top of the mountain. We have a ways to climb yet.”

Also, Highland Community College defensive tackle Jahkeem Green is now officially on campus. The 6-foot-4, 300 pound lineman had to wait for his academic transcripts to come through before he could attend fall camp. Although he only just officially joined the team, Chinander said he could push for a starting spot immediately.

“He’s got to earn it just like everybody does,” Chinander said, adding that he will provide “depth” and “some pass rush and some help against the run.”

Green did not practice on Tuesday however he was present for meetings. Green has to wait until he is medically cleared for practice, which according to his position coach, Tony Tuioti, should be soon.