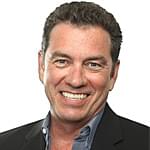 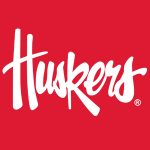 Schuyler Central High School announced on Monday via Twitter that they have hired former Nebraska defensive end and Houston Texans linebacker Jason Ankrah as their next head coach.

Ankrah, originally from Gaithersburg, Maryland, began his Husker career in 2009, opting to redshirt. He started 31 games, and played in a total of 49. During his senior season in 2013, Ankrah was named one of the team captains.

That year, Ankrah made 36 tackles, had four sacks, and made an interception, earning him honorable mention All-Big 10 recognition from both the media and the coaches.

Ankrah then went on to the NFL spending two seasons with the Texans from 2014-2015. After being released, Ankrah wound up with the Tennessee Titans practice squad. Then, Ankrah joined up with the Ottawa Redblacks of the Canadian Football League in January of 2017 before he was released in July of that same year.

According to the Lincoln Journal Star, Ankrah was an assistant coach with Lincoln Pius X last year. He’ll be replacing head coach Aaron Thumann, after the Warriors went 1-8 in the previous two seasons.

Schuyler Community Schools is excited to announce the hiring of Jason Ankrah @JAnkrah as Head Football Coach. It’s a great day to be a Warrior! #WeAreSchuyler