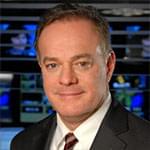 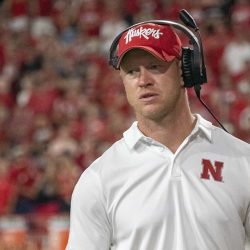 The Fighting Illini snatched the lead on the second offensive play of the game, one they would not relinquish to Nebraska for another 137 snaps across a seesaw football game in Champaign, Illinois. The Huskers (3-1, 1-0 B1G), at times in spite of themselves, escaped with a come-from-behind 42-38 win over Illinois (2-2, 0-1 B1G), NU’s first on the road in 693 days.

Nebraska’s offense showed their skill, rolling up 690 yards. They displayed their vulnerability, too, losing four fumbles and setting Illinois up with short fields. They were both responsible for falling behind and rallying to victory, hitting 300-plus yards on the ground and through the air for just the second time in school history (2013, South Dakota State).

Having trailed since the first minute of the game, Nebraska tied it at 35 in the first minute of the 4th quarter with a 2-yard touchdown run from junior running back Dedrick Mills – his second score of the 2nd half – and a 2-point conversion scramble from sophomore quarterback Adrian Martinez. After a 47-yard field goal from Illini kicker James McCourt briefly put Illinois back in front, true freshman Wan’Dale Robinson scored for the third time, the game-winner with 8:00 remaining.

Robinson scored the first three touchdowns of his college career, a coming-out party that included 19 carries and 8 receptions for 168 total yards. 22 of his touches came after halftime. Martinez also closed strong, with 98 of his team-high 118 rushing yards coming after the break, in converting a pair of 3rd downs on the decisive drive on the ground. It was the third consecutive touchdown drive for Nebraska, giving them their first lead of the night.

In a back-and-forth contest, the Huskers won almost every statistical category, and most weren’t close. Passing (327-78) and rushing yards (363-221), first downs (32-14), third down conversions (11-1), time of possession (37:04-22:56), and, most consequentially, points. What allowed Illinois to grab the early lead and maintain it into the fourth quarter were turnovers and penalties. NU lost four fumbles on the night, directly resulting in 21 of the Illini’s 38 points. Nebraska also gave field position away and hurt three offensive drives by committing 11 penalties for 119 yards.

While the offense was playing catch-up, the defense kept the Big Red within striking distance. Illinois went just 1-for-11 on third down, and were held to 299 total yards. The Husker defense also forced seven 3-and-outs, one interception, and a turnover on downs that finished off the victory. Illinois junior quarterback Brandon Peters completed only 9 of his 21 passes for 78 yards with a touchdown and an interception.

Illinois took advantage of great field position to put points on the board. Three of their five TD drives began in NU territory after Husker fumbles, traveling 37, 10, and 14 yards. Their only other possessions that reached the end zone were their first of each half. Nebraska, in stark contrast, drove at least 64 yards on all six of their touchdown drives, four of which going the full 75 yards after touchbacks on kickoffs.

Reggie Corbin glided past the Nebraska defense for a 66-yard touchdown on the second play from scrimmage. The senior running back racked up 134 rushing yards on 20 carries. The next Illinois scoring drive was courtesy of the first of two Adrian Martinez fumbles. Brandon Peters found Josh Imatorbhebhe for a 26-yard TD pass, making it 14-0 at the 8:12 mark of the first quarter. Nebraska answered, converting a third down and a fourth down on a drive that ended with Jack Stoll catching a 6-yard touchdown.

The second quarter started with Illinois junior punter Blake Hayes pinning NU on the two-yard line, one of five punts the Australia native landed inside the 20. Mills immediately fumbled it back to the Illini, and RaVon Bonner scored on the next play to push the lead to 21-7. Nebraska cut that lead in half after Taylor-Britt’s interception, getting explosive plays from junior wideout JD Spielman of 26 yards, sophomore back Maurice Washington of 25 yards, and Robinson on a 27-yard TD grab. The 21-14 Illinois advantage would carry to the half.

After a quick Nebraska punt to open the third quarter, Illinois took their third 14-point lead of the game on their longest drive of the game, 78 yards. Senior running back Dre Brown scampered for a 36-yard scoring run, making it 28-14. Adrian Martinez responded by going 5-for-5 passing for 64 yards on the ensuing drive, finding Wan’Dale Robinson for a 3-yard touchdown. Just like that, it was a one-score deficit, even though the PAT was blocked. Lane McCallum, a sophomore Norfolk native who transferred from Air Force as a safety, hit his other four extra point attempts. Essentially Nebraska’s fourth-string kicker this season, McCallum also would have made a 22-yard field goal had it not been nullified by a false start penalty. His 27-yard try that would have counted hit the left upright with just 2:03 remaining.

JD Spielman’s seventh catch of the night went for 20 yards on the first play of Nebraska’s next possession, which bled into the 4th quarter and ultimately tied the game. Spielman’s 159 receiving yards marked his sixth 100-yard receiving game. He is now sixth in both career receptions and yards in Husker History.

Nebraska will host the Ohio State Buckeyes next Saturday, September 28, at 6:30 in Memorial Stadium. KLIN will have pregame coverage beginning at 9:00am with the KLIN Husker Hour, then network coverage starting at 1:30pm.

-Nebraska earned its 900th win in program history Saturday against Illinois. They are the fifth program to achieve the mark, joining Michigan, Ohio State, Alabama, and Texas.

-ESPN’s popular pregame show, College Gameday, is coming back to Lincoln for next weekend’s Ohio State game. It will be the fifth time Lincoln has welcomed the production, and the first since the 2007 season when Nebraska hosted USC.